Westland Peppers is a family business that has been a partner since the beginning of BE Fresh Produce. It's located nearby Be Fresh. It had been a while so it was time to visit them again. Westland Peppers is specialized in growing all kinds of (hot) peppers. This ranges from the mild varieties to the famous Carolina Reaper. Many of their peppers go to countries nearby such as Germany, Belgium, England and Scandinavia. We try to spread these quality peppers further around the world so that everyone can try these hot peppers!

More of a challenge than you would think

Dolf, one of the co-owners, took us on a walk around the greenhouse. They have a 2 locations here in the Netherlands where they grow peppers but they also grow peppers in other countries like Spain and Marocco. There, the same people has been growing peppers exclusively for Westland Peppers for over 15 years. They have about 33 hectares of land where they grow their peppers on.

Dolf told us that the cultivation of peppers is more challenging than many people would think. The biggest challenge is consistency within the cultivation. There are many factors that influence the quality and thus the heat of the pepper. The variety alone can be a big challenge. In addition, the weather has a big influence on the peppers. 'I once tasted a pepper from a plant that tasted almost sweet, then I picked a pepper lower on the same plant and my mouth was on fire," says Dolf. This shows how difficult it can be to produce consistent hot peppers. Yet Westland Peppers succeeds especially well the last few years. Particularly with the popular peppers the consistency is good. With the special varieties it is a greater challenge but also here they are definitely making progress thanks to their experience and knowledge!

'I'd like the hottest pepper you have' is a request that often comes to the Westland Peppers team. This is not as obvious as it seems. The Carolina Reaper is still officially the hottest pepper in the world, there are claims that there are hotter ones, but those seeds are almost impossible to come by and they have not been officially tested. Westland Peppers also experiments a lot with different extreme specialties. These are small amounts of special peppers that can be extremely hot. Sometimes very nice peppers are produced, but the cultivation and consistency of the species is uncertain. Therefore, it is difficult to determine which pepper is "the hottest pepper."

Then you might think, 'There's a scale, right? Why not just measure this?' Again, this is not as easy as you might think. For a very long time, the measurement was simply done with a group of people who then indicated how hot the pepper was. Nowadays there are ways to measure the actual scoville units but these methods are not very accessible and very expensive.

Westland Peppers succeeds with years of experience in producing better specialties. However, these are relatively small quantities so it can happen that a specialty is not available anymore. It is not possible to pick infinitely and when there is much demand, the stock quickly runs out. You then have to wait until the next season.

Fresh, dry, stuffed or in a sauce

Even if you do not like spicy food, chillies are still very versatile! In America, the Jalepeno poppers are extremely popular. Also the Poblano pepper is often filled and put in the oven or on the BBQ. If you remove the seeds and ribs there is little heat left after grilling and the peppers are very good to eat! Definitely a must try. Want a little spice in it? Then leave a bit of the seeds or ribs.

In addition, the dried versions are also a great option! Westland Peppers dries a part of the peppers in house and these can also be ordered through us. Dried peppers have also lost most of their heat, especially if you remove the seeds from the pepper. Hot peppers often have 2 names, one for the fresh variety and one for the dried. Perhaps the Chipotle and Ancho peppers sound familiar. These are actually dried (and smoked) versions of the Jalepeno and Poblano peppers. These are very good to use in stews and sauces!

For the real deal, of course, the peppers can be eaten fresh or incorporated into a Hot Sauce. Westland Peppers develops its own hot sauces and collaborates with parties that use their peppers in a hot sauce. Those sauces are also solled by Westland Peppers and available trough us. We dare you to try!

Are you interested in fresh or dried peppers or even in one of the hot sauces? You can contact me via Dit e-mailadres wordt beveiligd tegen spambots. JavaScript dient ingeschakeld te zijn om het te bekijken. and I will help you! 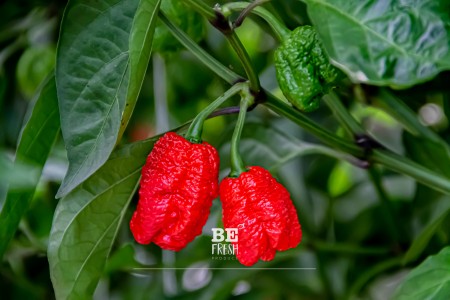 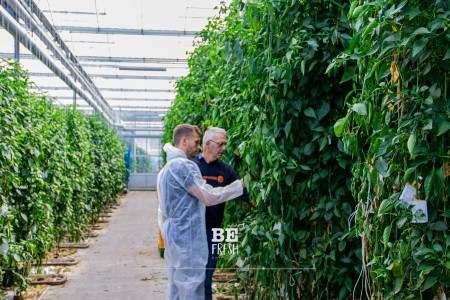 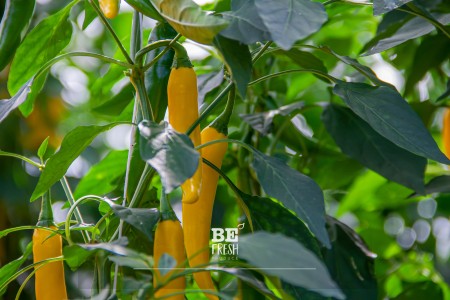 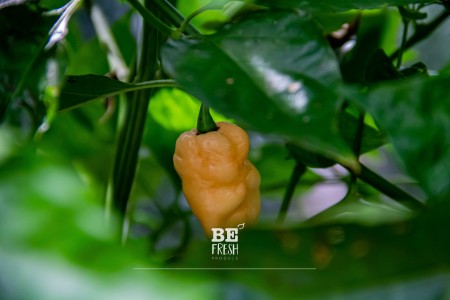 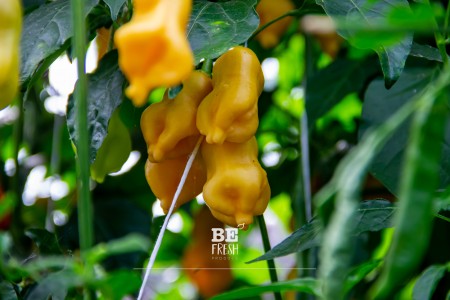 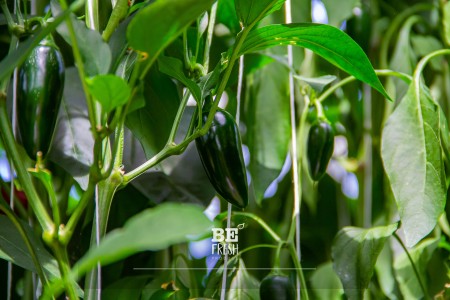 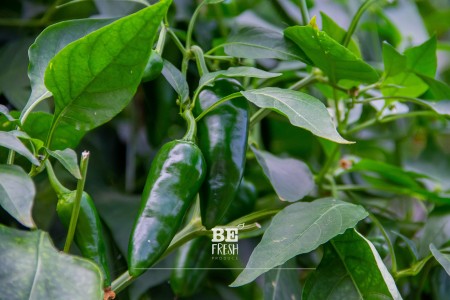 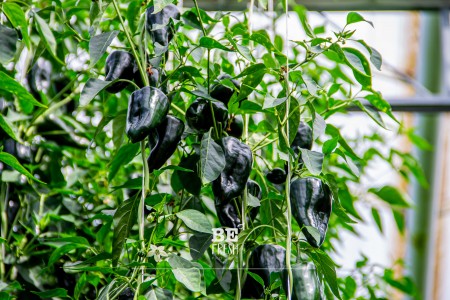 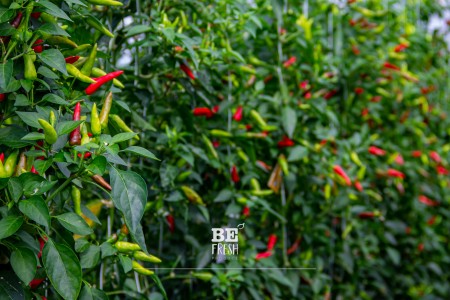 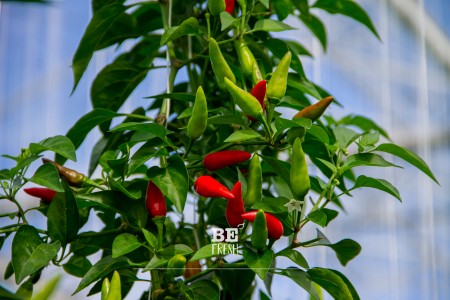 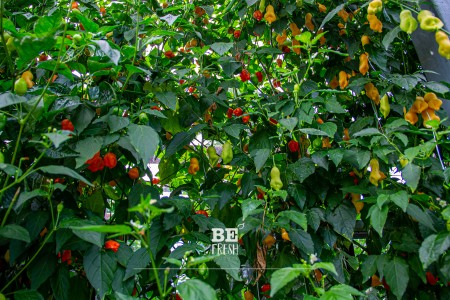 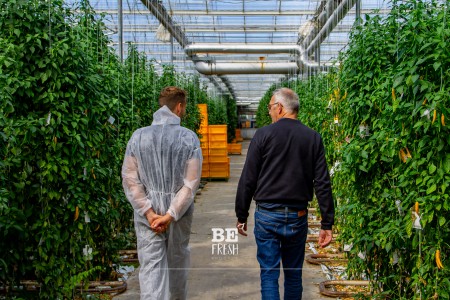 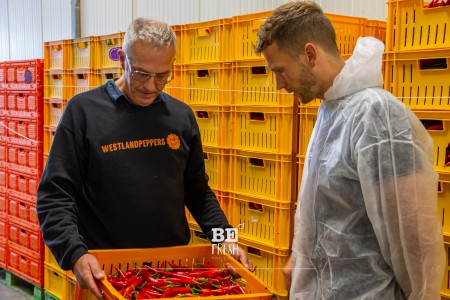 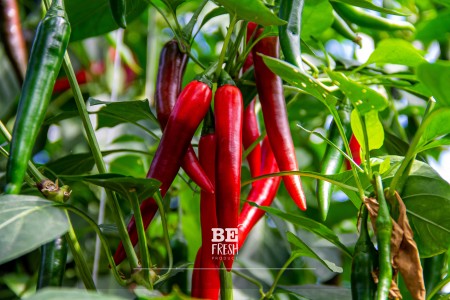