Monday 19 April 2010 – that’s the exact day that BE Fresh Produce was founded by Ard and Hans Bergwerff. The company is the realisation of their long-held dream: to start their own fresh produce company with a mission.

So let’s take a look at how it all began... Ard, Hans and their father Gerrit were all working for a large fresh produce company that had its own particular ideals, portfolio and sales channels. But the three of them regularly came up against certain issues which meant they were unable to meet customers’ needs. As time went on, the men became increasingly frustrated with the situation until one day they reached a conclusion: things needed to change! “We thought, why don’t we take a different approach?” recalls Ard. “Let’s source the produce that customers ask us for rather than telling them what they can choose from.”

After a bit of persuasion by Ard, Gerrit and Hans became equally enthusiastic about the idea of setting up a company with a mission. Their dream became reality; BE Fresh Produce was founded, despite the less than favourable economic conditions facing the sector at that time.

No order is impossible

BE Fresh got off to a good start. Loyal partners switched from the previous company to BE Fresh, and the first orders were shipped. The company had a clear vision: ‘No order is impossible. The customer is king!’ Unfortunately, however, BE Fresh increasingly found itself caught up in the price war that was raging at the time. It became ever-more difficult to compete on the basis of its products when customers were only focused on the price.

The founders stubbornly remained committed to their mission. “With BE Fresh, the aim has always been to relieve the burden on our customers and only to supply the very best-quality produce. That’s how we set ourselves apart from the competition,” explains Hans. “We’re continuously looking for reliable, high-quality brands and the right growers and farmers. For us, it’s important to make sure that everyone in the chain can earn a decent living.”

But no business is without its challenges, and BE Fresh has had its fair share of problems. In the early days, for example, BE Fresh did substantial volumes with Eastern Europe and even set up two companies there. But both of them ended up failing due to a lack of commitment in the countries themselves. “That was disappointing at the time, of course, but setbacks ultimately make you stronger providing you learn from them,” adds Hans. 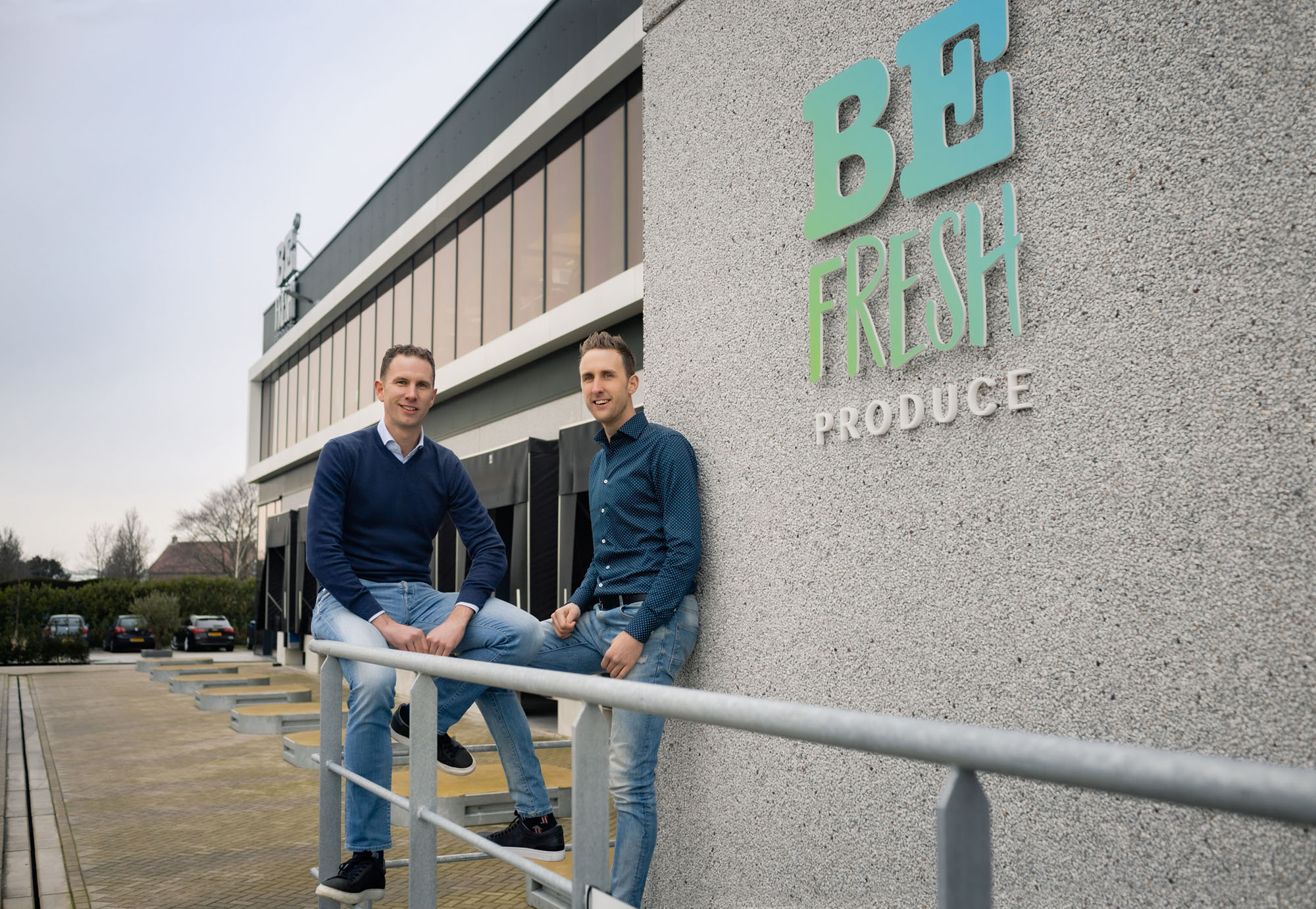 So the owners reassessed their mission, defined their core values and formulated their goals. One strong influence in the company’s renewed mission and vision was Richard de Leth who, while studying to be a doctor, had realised that he would actually only be treating the symptoms rather than the cause. That revelation caused him to abruptly quit his studies in his final year. De Leth decided that a different approach was needed, and that the focus should be on preventing health problems from arising in the first place. No sooner said than done, he started studying how the human body really works and researching various illnesses. He subsequently published various books on the topic of healthy living. One day, Hans had a ‘eureka moment’ when he heard one of his podcasts.

Richard de Leth became the key source of inspiration for BE Fresh as soon as Hans told Ard about him. “Besides working hard every day to supply top-quality produce and providing the best possible service to our partners, we decided to use our international connections to make people more aware of the importance of a healthy lifestyle, mindset and vitality,” states Ard.

“One of our customers in Ghana is a terrific example of a responsible food concept,” he continues. “The gentleman came to visit us in the Netherlands several times, and of course we told him about the health benefits of fruit and vegetables.” The customer returned to Ghana full of inspiration, and numerous conversations, orders and deliveries followed. In 2019, Hans and Ard decided to travel to Ghana themselves. “When we arrived at the customer’s shop, we were delighted to see that he offered precisely what consumers need: a full and varied range of fruit and vegetables, from apples to nuts and from garlic to kohlrabi – and everything in the shop was beautifully presented,” recalls Hans. Within the space of just two years, the customer’s business has grown from just one store to six in total, including a smoothie bar where any unsold produce is transformed into delicious fruit juices and smoothies.

The importance of teamwork

Hans and Ard are both proud of everything they have achieved with their company so far: their workforce, suppliers, customers, financial situation and of course their shiny new headquarters. Nowadays, BE Fresh employs 53 people and scores an average employee satisfaction rating of 8.6 out of 10. “To us, that’s confirmation that everyone likes working here, so that makes us extremely happy!” says Hans.

Ard agrees, adding: “I often say that business is like football. You won’t win unless you work together as a team. We employ specialists in all areas, but most importantly they all pull together in pursuit of a common goal: achieving the best end result. Hans and I are lucky enough to be at the helm of this wonderful company, but we depend on the support of our talented colleagues in order to grow – and with the team we’ve got now, we feel like undisputed champions!”