Ever since I was little I have been fortunate by living very close to the North Sea, only 5 minutes by bike and before you know it I'm walking barefoot through the surf. When the wind has blown inland over the sea, there is a good chance to find seaweed into the surf. It never occurred to me to take seaweed and have it for lunch. But seaweed has become an indispensable part of restaurants and the home kitchens. It's even super hip in Europe! What about that seaweed?

What are sea vegetables anyway?

Wikipedia says: Sea vegetables is a collective name for a number of groups of algae that live in the sea or in brackish water. They are extremely strong, fertile and the most adaptable plant species that can withstand rough coastlines of all five world oceans. Did you know that most sea vegetables last one or two years?

The alga is an ideal meat substitute due to the large amount of iron and protein it contains. In addition, it does not harm nature, as seaweed is abundant and is therefore a sustainable alternative. However it is not a full-fledged meat substitute, because most sea vegetables do not contain vitamin B12.

There are many edible types of sea vegetables, the main groups are brown algae, red algae and green algae. I spoke to Gerda, she supplies us with six types of high quality sea vegetables; Wakame, Dulse, Kombu Royal, Nori, Ulva Lactea (sea lettuce) and Sea Bean (haricot de mer). Gerda has given me a little more knowledge about the types and harvest process of sea vegetables. These sea vegetables are harvested in the underwater world of Roscoff, a picturesque town on the west coast of France. They are purely natural products, because they come directly from the beautiful coastline and are not processed. In contrast to the nurseries where thickeners such as agar, alginate and carrageenan often are added.

Because it is a natural product, it can only be harvested in a few months, see the overview below. The vegetables are washed in not too salty seawater, followed by an assessment for checking the quality and then it is delivered directly to the customer.

That's my first thought when I think of sea vegetables, but nothing could be further from the truth. They are real delicacies, each with its own taste. Super healthy and you can vary endlessly with it.

Next time I walk through the surf on the beach and the wind has blown inland, I no longer see seaweed, but sea vegetables. I will no longer walk around it, but feel, smell and maybe taste it myself (after it has been washed). Gosh, nature offers interesting and beautiful subjects to learn more about.

Below you will find an impression of the coastline of Roscoff. The sea vegetables that you will find in our range come from this sea. Wow!

That is an awesome promise, but what is health exactly? Is it a matter of training hard in the gym and only eating fruits and vegetables to be healthy?

No, that certainly does not include everything about health, as health is a very broad and complex concept. There are so many different opinions that explain health in many different ways. From different angles and insights from studies, we have made a summary of how health is described and how to test your own health. Because by being healthy your way, you will experience a certain sense of freedom. 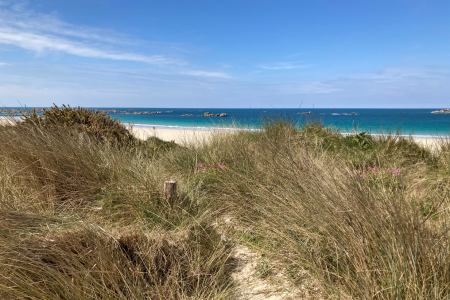 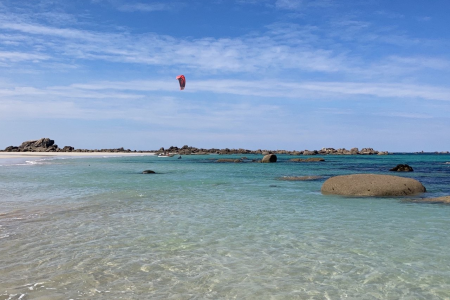